New York City police patrol the neighborhood around Brownsville Houses in Brooklyn in 2010.

BROOKLYN, N.Y. — Photographer Robert Stolarik had never heard of “stop and frisk” before being assigned to visit the Brownsville Houses by the New York Times. The newspaper had asked him to cover what was called a new anti-crime policy by the NYPD.

At first, Stolarik was skeptical of what residents were saying about the controversial policy.

Teens walking to a friend’s house along the path from one building to another stopped and searched and summonsed. Middle-aged men sitting on benches rousted and patted down. 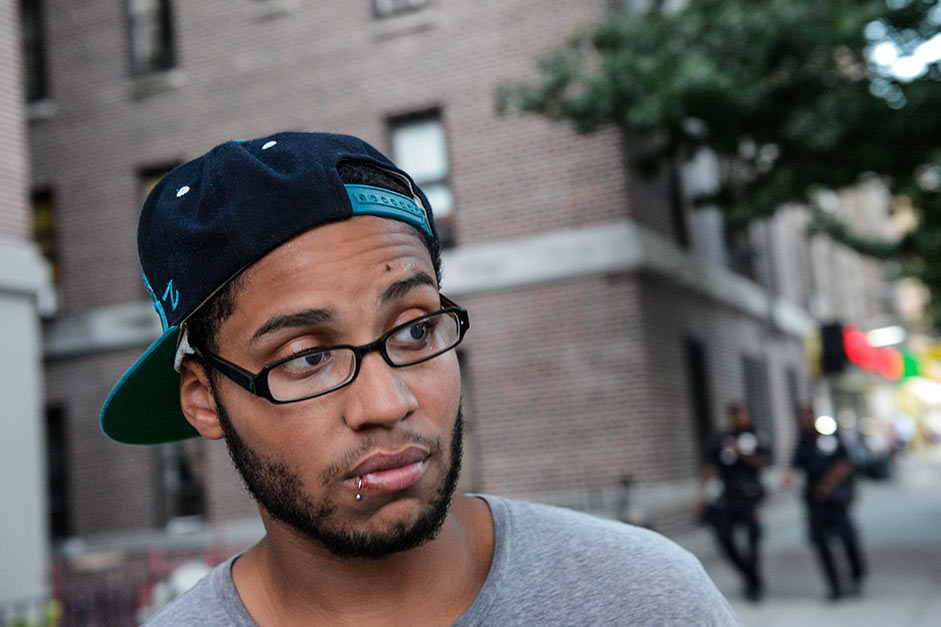 Alberto Feliz, a victim of the police ‘stop and frisk’ policy, tells his story to reporters in August 2012 in Bronx, N.Y.

“I heard a bunch of stories about ‘stop and frisk’ and they seemed unbelievable,” he said. “But when I started covering the story and saw it for myself, I realized that these outlandish accounts of people being stopped and searched apropos of nothing were actually happening.”

On the first day he was there, police handcuffed one teenager while they went through his pockets and found nothing. They let him go. Stolarik said the officers didn’t give any explanation of why they went through the teen’s pockets.

Stolarik, a war photographer in Kosovo and Colombia, spent a significant part of his professional life in New York City’s most dangerous neighborhoods after he transitioned into covering the city. He catalogued the controversial practice of ‘stop and frisk’ in the 44th and 46th precincts in the south Bronx and in high crime neighborhoods of Brownsville and East New York in Brooklyn.

When the practice was declared unconstitutional, Judge Scheindlin called for an independent monitor to develop reforms and see that the NYPD wasn’t violating the Constitution.

“The city’s highest officials have turned a blind eye to the evidence that officers are conducting stops in a racially discriminatory manner,” the judge wrote.

“In their zeal to defend a policy that they believe to be effective, they have willfully ignored overwhelming proof that the policy of targeting “the right people” is racially discriminatory,” Scheindlin said.

Mayor Michael Bloomberg, however, called a press conference in which he fiercely defended the practice.

“Our police officers follow the law and follow the crime,” he said from City Hall. “They fight crime where it is occurring. And they don’t worry if their work doesn’t match up to a census chart.” 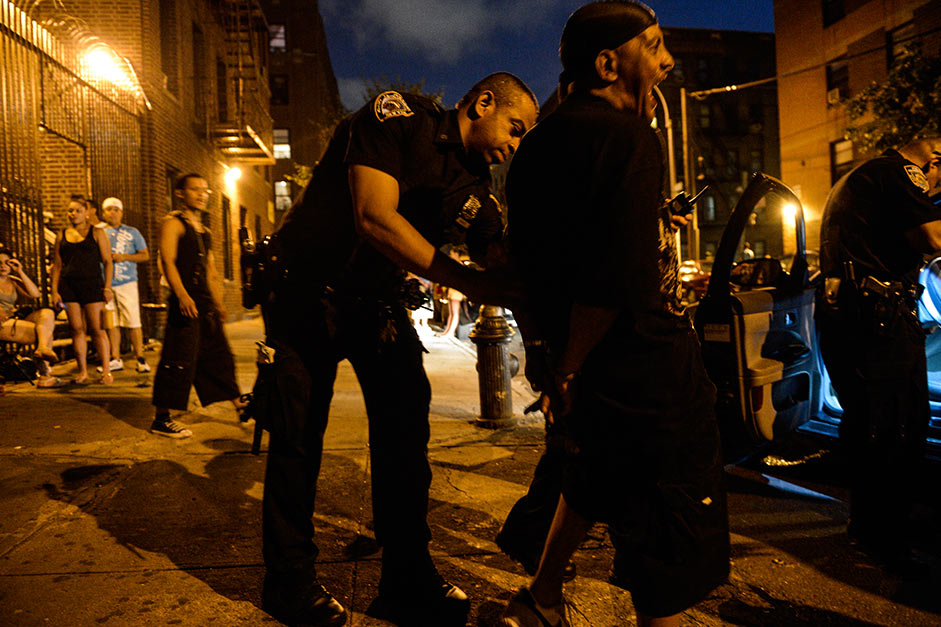 Police arrest Jose Carrion for playing loud music outside his building in Bronx, N.Y., on Aug. 4, 2012.

Stolarik said he has seen young men learn to deal with being stopped and searched as a routine part of their existence.

“The witnesses I’ve spoken to over the years have said it’s really hard,” he said. “You learn to be a young black man and come to terms with the fact that this is an ordinary part of your life.” 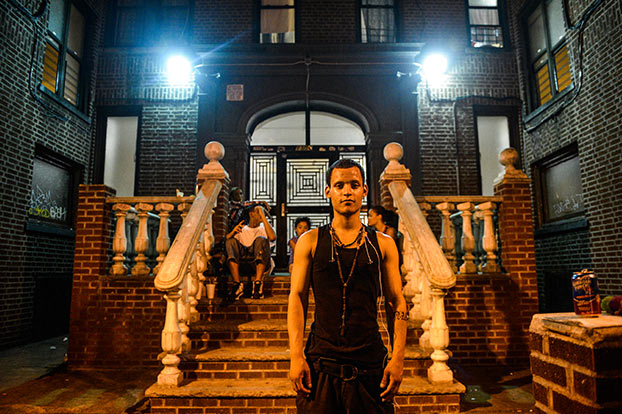 Carrion speaks to reporters about his arrest.

“Even when they wanted to stand their ground and say to the police officers, ‘hey, you shouldn’t be doing this, it’s not right,’ they kept quiet because they don’t want to spend the night in jail.”

If they comply and empty their pockets, at least they get to go home, he said. “It’s something I’ve seen over and over again … and it’s really sad.”