A Tattoo at a Time, Doctor Erases the Past

Story and photos by
SUSAN ARMITAGE

But in the Lower East Side office where Falkor, the doctor’s dog — “one-third unicorn, one-third crocodile, one-third Cuisinart” — roams freely and a cattle skull adorns the reception wall, Ores helps people start over. Or he did, until recently. 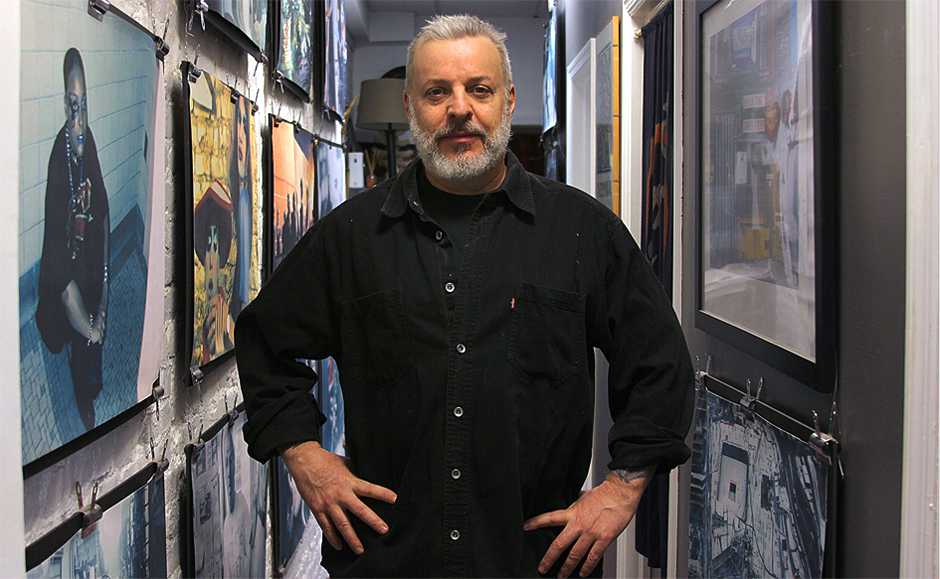 Ores is a general practitioner. He gets two or three calls a day from people who want tattoos removed through his free program known as Fresh Start.

Using a medical laser, Ores erases teardrops, swastikas and other unwanted gang and prison tattoos from people’s hands, faces and necks, all for free. His patients range in age from 20s to 60s, but many started getting in trouble — and got the ink to prove it — in their teens. And as they work to piece new lives together, Ores’ patients often find their tattoos stand in the way of landing a decent job.

“If you have to swim the English Channel it doesn’t help you to have a piano on your neck,” he said.

Ores estimates he’s removed more than 160 tattoos through his program known as Fresh Start. Besides helping ex-offenders and former gang members, the initiative also serves victims of human trafficking. The laser work Ores does pro bono can cost up to thousands of dollars at the rates he charges paying clients.

Equipment Is Not Cheap

In June 2012, Ores’ tattoo removal machine — a delicate piece of equipment, “like a spaceship,” he said — broke down. A new one will run around $90,000, plus additional fees for maintenance and service, bringing the total bill up to $150,000.

As he seeks the funding, Ores’ waiting list continues to grow. He gets two or three calls a day from people who want tattoos removed through Fresh Start, in addition to the other patients he sees as a general practitioner. 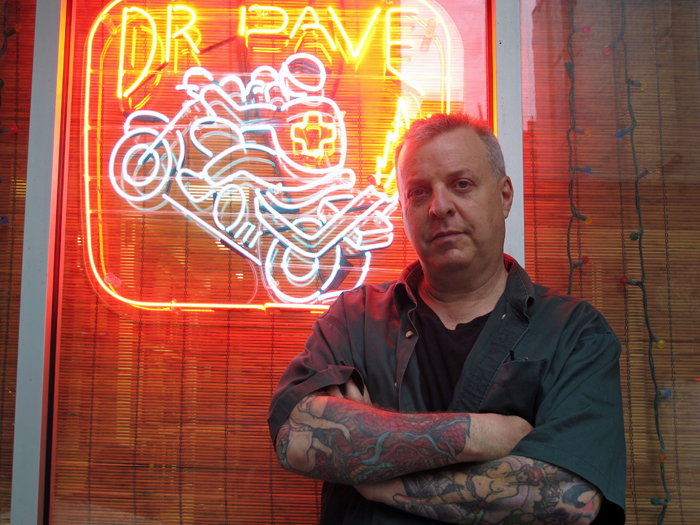 Ores in front of his Lower East Side office.

Ores, whose own colorful tattoos extend below his rolled-up shirtsleeves, has sampled his own medicine. “I got that tattoo to remove,” he said, pointing to a set of black numbers inked in a gradient across both wrists. “That’s how I know it hurts.”

The series starts at zero — an untreated tattoo. The other numbers — one, two, four, six and eight — show the results of as many laser sessions. “You can feel my skin,” Ores said. “It’s not damaged or destroyed. The ink is just gone.”

While he can remove visible marks of the past, Ores knows he can’t erase his patients’ problems. He’s simply removing one obstacle in the path to a stable, legal livelihood. He likens it to offering a life preserver to a drowning man.