At right, Kharon Benson reads letters from his imprisoned father.

Story and photos by
GWEN MCCLURE

As he grew up, Kharon Benson became accustomed to his father’s absence. He accepted that his father was in the military and had been gone since he was an infant—as he’d overheard his mother telling friends many times. But, when he was 10 years old, his mother handed him a letter and revealed a family secret.

Benson’s recollection of what happened when he read the letter is hazy. He doesn’t remember if his mother told him before he opened the letter, or if he read it in the letter. He doesn’t remember what he did when he finished reading it. Maybe he watched TV; maybe he played a video game. All Benson remembers is the anger and confusion he felt when he learned his dad wasn’t away defending his country; his dad was in prison.

“My dad was at Sing Sing,” he said. “At the time I was just upset and I didn’t understand.”

Benson’s situation is not unusual. According to the Pew Charitable Trust’s Economic Mobility Project, more than 3.6 percent of children in the United States — or one in every 28 — have a parent in jail or prison.

Neither his feelings nor his mother’s are unusual either: Though Benson isn’t ashamed to tell people his father is in prison, he has nevertheless inherited a legacy of concealment and silence in discussing his emotion. 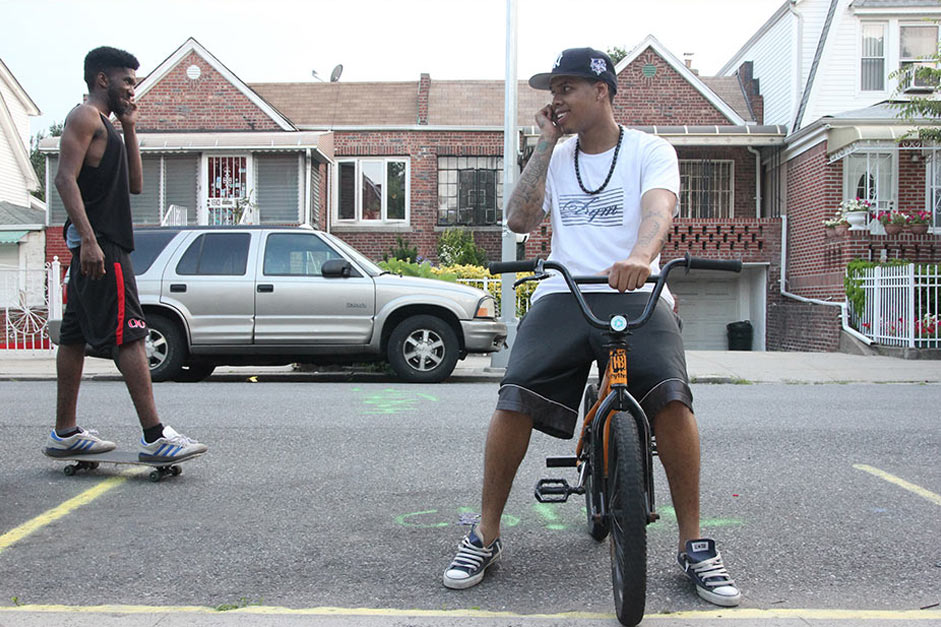 Jason O’Brien, Kharon Benson’s cousin, on skateboard and Kharon Benson, on bike. As a child, Benson was stunned when learned his father was in prison serving a sentence for second-degree murder.

In June 2013, “Sesame Street’s” Sesame Workshop released its latest in a series of programs on resiliency in children, with the goal of helping to address those feelings. The workshop, called “Little Children, Big Challenges: Incarceration,” deals with the challenges faced by children whose parents are in prison or jail and with the struggles their caregivers face.

“We’re really hoping that these are a motivator for bringing awareness of the number of children impacted and the stigmas and helping the families and children know that they’re not alone,” said Dr. Jeanette Betancourt, senior vice president of outreach and educational practices at Sesame Workshop.

The workshop, which includes videos, a guide for caregivers and a children’s storybook, is available in both Spanish and English. In order to reach as many families as possible, Sesame Workshop has made all the materials available for free online and shared them with organizations that work in this field. Much of the information in the workshop is targeted at helping children deal with the kind of feelings Benson had. When he learned the truth about his father, Benson was confused and angry with his mother and felt betrayed by her lie, but he didn’t have the emotional tools to express his feelings.

“We never talked about it,” he said.

Though she gave him the option to write back, the few conversations they had revolved around negative stories about his father, so he chose not to. Now, at age 20, he believes his mother concealed the truth out of shame, but the two still do not discuss it.

He is nonchalant when he talks about it, his voice a shrug. He maintains that having a father in prison wasn’t life-changing. But when he was 14 and moved out of his mother’s house and in with his grandmother and uncle, he finally visited his dad in prison. Although he learned his dad was incarcerated for second-degree murder, he felt a sense of relief.

“I felt a weight lifted off of my shoulders,” Benson said.

Betancourt and her colleagues at Sesame Workshop spent the better part of two years researching and creating the workshop, which included interviewing experts and early childhood educators and doing focus groups inside prisons. During their research, they discovered there were few resources for children with parents in prison.

“The approaches we’re taking are because we heard directly from the families or caregivers that these were the questions, these were the challenges, that they didn’t know how to answer,” Dr. Betancourt said.

Experts in the field, like Tanya Krupat, program director of the New York Initiative for Children of Incarcerated Parents at The Osborne Association, are excited about what the workshop has to offer. At work, Krupat sees firsthand the problems affecting children of incarcerated parents.

Stigma And Silence About Incarceration

Although many of the feelings of separation and loss children experience are similar to those they would feel as a result of divorce or a parent’s deployment — issues Sesame Workshop has addressed in the past — with incarceration there is an extra layer of difficulty  that includes stigma and silence about the topic. It causes children to feel isolated and unable to talk about their feelings, according to experts.

“All those other forms of separation, we circle the wagon around those kids,” Krupat said. “But not incarceration — children are often left to deal with it by themselves.”

One of the problems that stood out to Betancourt throughout her research was simply that adults were unsure of how to speak to children about their parents being in prison. The subject is complex, and the dearth of information — and that stigma — means that adults are less likely to know how to talk about it with children in a way that will help rather than hurt.

Benson can empathize with that. He remembers when his grandmother told him he’d grow up to be exactly like his imprisoned father.

“When she said that, I remember I couldn’t hold it in, and that’s when I just flipped out on her and I started yelling back,” he said. “I was just so angry.”

Carol Burton, executive director of Centerforce, a nonprofit which works with incarcerated people and their families, emphasized that having a parent in prison is not a direct indicator of whether or not a child will follow the same path.

Still, children may be living in impoverished or violent areas—the same areas their parent lived in and that may have contributed to their incarceration. In addition, the feelings of shame and isolation of having a loved one in prison can lead to acting out.

“We need to be paying attention to this growing group of kids,” Burton said.

The workshop is a community-based tool. It is something that can be implemented throughout the child’s community and in the home to provide support and protection to children who need it.

“This is a part of those stop-gap measures,” Burton said.

As for Benson, he found a support system with his godmother and her children, all of whom he considers to be a second family. They encourage him to visit his father. He has taken college classes and is currently working in a photography internship.
Not all children in his situation end up so successful, and he says it’s vital that parents and caregivers learn how to talk to children to help them through the challenges of having an incarcerated parent.

“Just know how to speak to the kid and think about their feelings, and know what and what not to say,” he said.

The workshop’s tip sheet includes suggestions to help caregivers with this sort of communication, as well as ideas for basic support such as providing a comfort item for the child to keep during the day and ways to help the child stay connected to the absent parent. Krupat says  it’s often these simple things that matter most to children, and that having the Muppets deliver the message makes it more accessible.

“Everyone can relate—there’s something about having a Muppet talk to you,” she said.

In June, Benson saw clips from the workshop at a White House event which honored advocates in the field. He was enthusiastic about the material, because he believes it will help children who are growing up in the same situation he did.

“I grew up on ‘Sesame Street’ and I never would’ve thought in a million years they’d have a piece on incarceration,” he said. 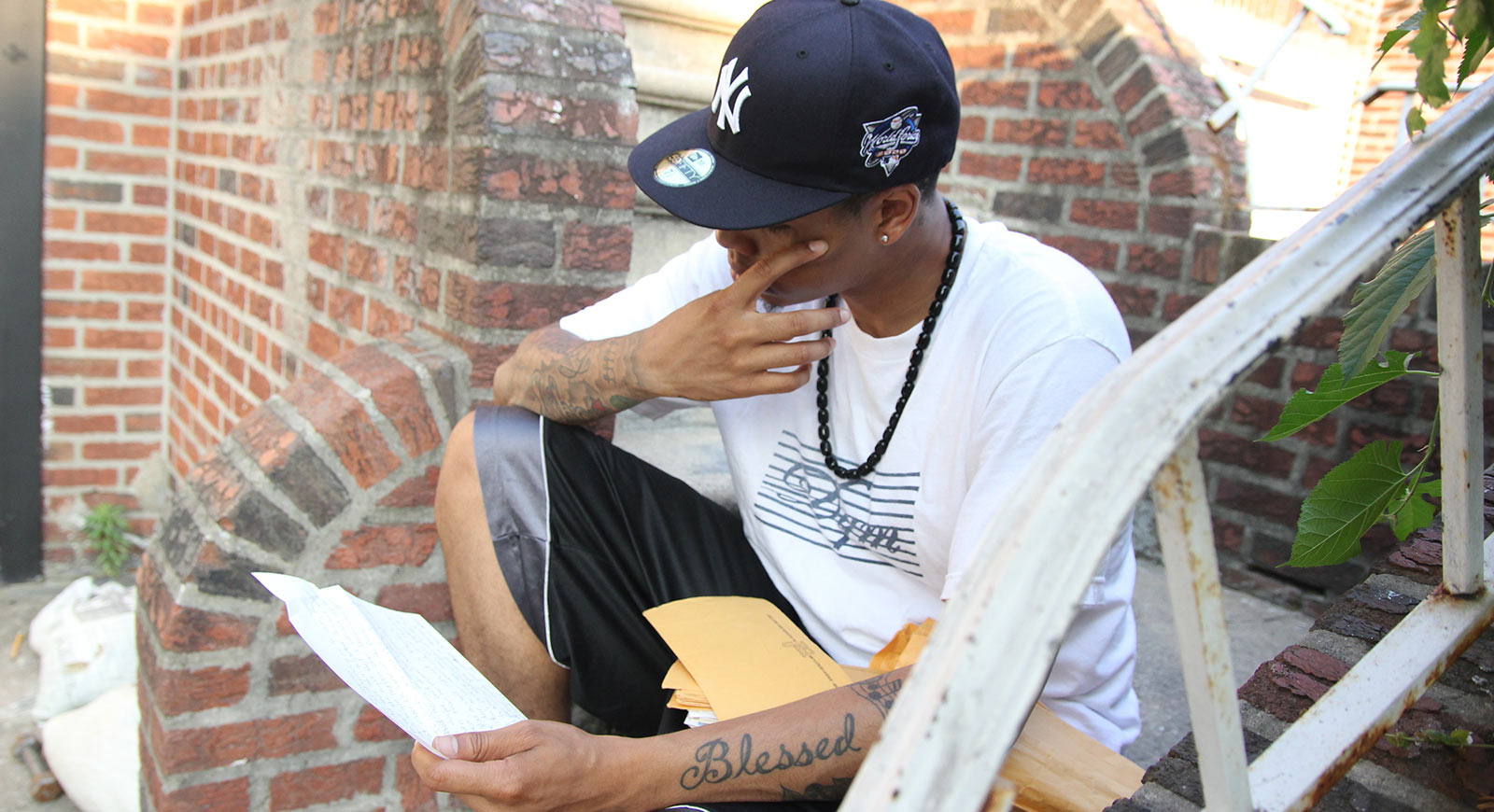